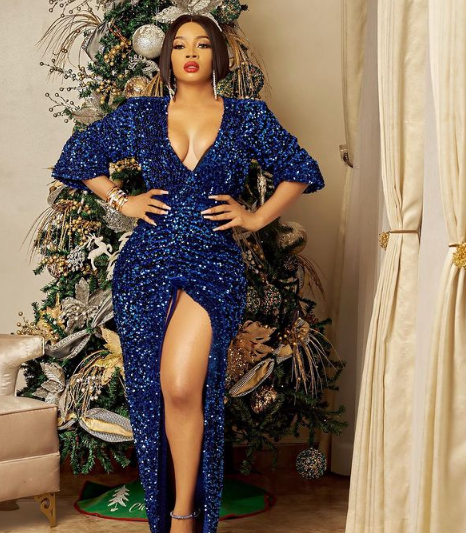 At times in life, there are different ways people see situations in life and that’s the case of Toke Makinwa. Firstly, let’s see Who is Toke Makinwa?

Toke Makinwa’s biography shows that Toke Makinwa is a vlogger, Lifestyle Entrepreneur, Television host, Nigerian Radio Personality, and Author. Toke Makinwa is also known to be Entertaining people in different kinds of ways probably through her videos on her YouTube channel.

Today, Toke Makinwa made a tweet on her Twitter page explaining the fact that she has ended a relationship with a guy because his toilet hygiene was bad.

She tweeted in her words,

“I have ended a relationship before because his toilet hygiene was bad, like zero.”

SEE ALSO: See Reactions Of Toke Makinwa, Dorathy, Juliet Ibrahim, Other Celebrities, And Other Fans As Waje Is Set To Tie The Knot With Ric Hassani

I have ended a relationship before because his toilet hygiene was bad, like zero, have you watched the Vlog of the week? – https://t.co/9MvLdnUO4q

With that, the conversation got a little bit fired between herself and a fan. The fan commented on the tweet saying, “So you can’t change him, even if he’s loyal to you. Just because his toilet hygiene is bad.” Then after that, the beautiful Toke Makinwa fired back in her words saying, “I am not his mother, I am not a rehabilitation center, I am not his fixer. Common hygiene is every individual’s right please.”

Let’s see some more reactions of other Twitter users 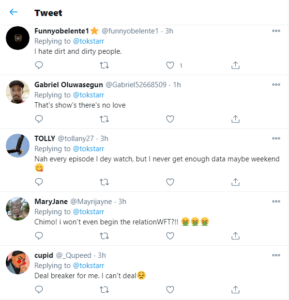 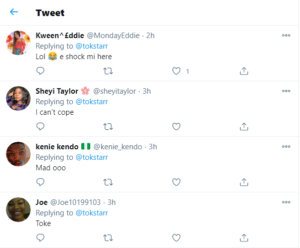 In conclusion, Toke Makinwa has said she has quitted a relationship before because the guy’s toilet hygiene is very bad. She later slammed a fan saying that ‘common hygiene is every individual’s right.’ As an individual, do you think what Toke Makinwa is saying is right? The comment section is open, please drop your comments in the comments section below. 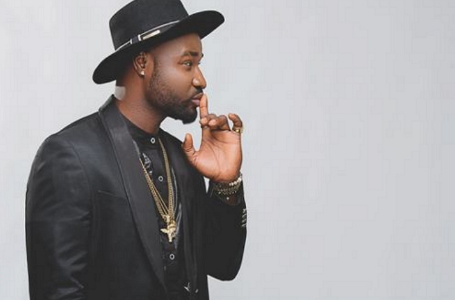 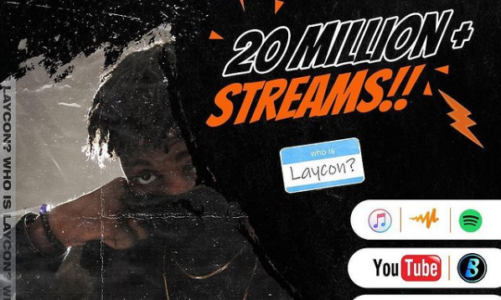 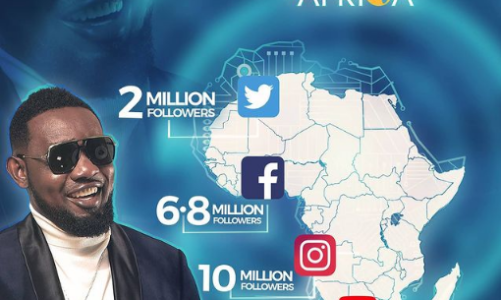