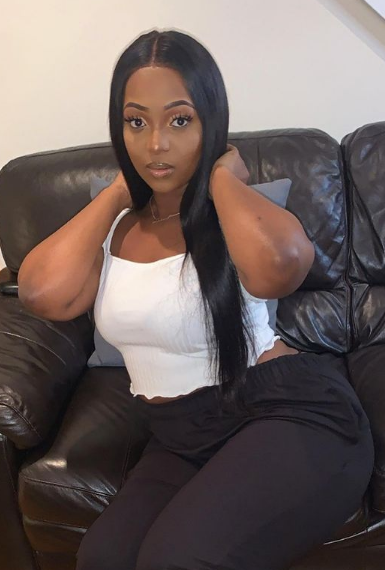 Burna Boy’s alleged former Secret Girlfriend, Jo Pearl has revealed that she would soon get married and she’s taken. Jo Pearl admitted that she was single all this while and now she has mingled with someone (An unknown man).

Jo Pearl revealed this on her Instagram story making her fans better informed that she would be getting married by next year. She explained that she is no longer single as she has now mingled with someone which makes her someone’s girlfriend.

Jo Pearl revealed to her fans that things have not been easy in these past times as she said she has cried, prayed to God, and done all things. She then appreciated the fact that God answered her prayers.

In her words, she said, “Came as a hot leaving a whole girlfriend. It’s been real you all. I prayed, cried, and God answered. I am out of the Game, and never coming back. The wedding is next year. Hope my girls are ready with their Gele’s.” 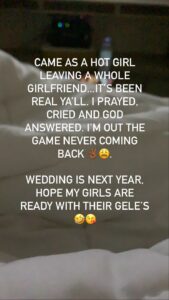 She said that and few minutes to hours later, she uploaded in her Instagram story sharing a deep appreciation to her fans that send messages to her congratulating her.

In her words, she wrote, “So many messages. You guys are so sweet. Thank you Honestly.” 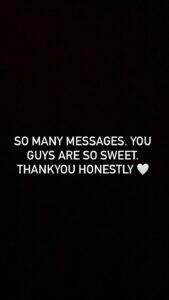 Finally, The 23-year-old Jo Pearl’s haters seem to have been disgraced as she has announced that she’s officially getting married next year.

What do you think about Jo Pearl getting married at age 23? Please drop your comments below.